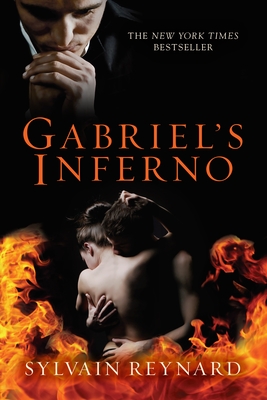 From New York Times bestselling author Sylvain Reynard comes the first novel in the Gabriel's Inferno series, a haunting, unforgettable tale of one man’s salvation and one woman’s sensual awakening—NOW A FILM FROM PASSIONFLIX!

Enigmatic and sexy, Professor Gabriel Emerson is a well-respected Dante specialist by day, but by night he devotes himself to an uninhibited life of pleasure. He uses his notorious good looks and sophisticated charm to gratify his every whim, but is secretly tortured by his dark past and consumed by the profound belief that he is beyond all hope of redemption.

When the sweet and innocent Julia Mitchell enrolls as his graduate student, his attraction and mysterious connection to her not only jeopardizes his career, but sends him on a journey in which his past and his present collide.

An intriguing and sinful exploration of seduction, forbidden love, and redemption, Gabriel’s Inferno is a captivating and wildly passionate tale of one man’s escape from his own personal hell as he tries to earn the impossible—forgiveness and love.

Sylvain Reynard is a Canadian writer with an interest in Renaissance art and culture and an inordinate attachment to the city of Florence. Reynard is the New York Times bestselling author of Gabriel's Inferno, Gabriel's Rapture, Gabriel's Redemption, Gabriel's Promise, The Raven, and The Shadow.
or support indie stores by buying on