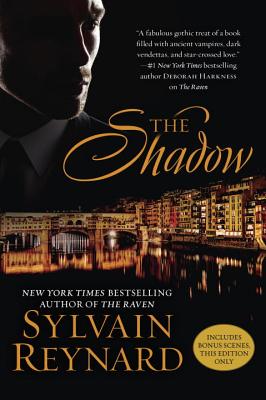 From the New York Times bestselling author of the Gabriel trilogy comes the hotly anticipated follow-up to The Raven, a sensual novel set in Florence featuring the dangerously intoxicating coupling of Raven and William…

Raven Wood’s vampyre prince has returned, pledging his love and promising justice for every wrong done to her. In the wake of their reunion, Raven is faced with a terrible decision—allow the Prince to wreak vengeance against the demons of her past, or persuade him to stay his hand. But there is far more at stake than Raven’s heart...

A shadow has fallen over the city of Florence. Ispettor Batelli will not rest until he uncovers Raven’s connection to the theft of the priceless art from the Uffizi Gallery. And while the Prince hunts a traitor who sabotages him at every turn, he finds himself the target of the vampyres’ mortal enemy.

As he wages a war on two fronts, he will need to keep his love for Raven secret, or risk exposing his greatest weakness...

Praise For The Shadow (Florentine series #2)…

Praise for The Raven

Sylvain Reynard is the New York Times bestselling author of the Florentine series, which includes The Raven and the novella The Prince, as well as the Gabriel trilogy, including Gabriel’s Inferno, Gabriel’s Rapture, and Gabriel’s Redemption.
Loading...
or
Not Currently Available for Direct Purchase