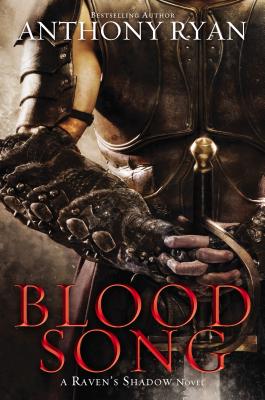 From “a new master storyteller” comes the beginning of an epic fantasy saga of blood, honor, and destiny…

“The Sixth Order wields the sword of justice and smites the enemies of the Faith and the Realm.”

Vaelin Al Sorna was only a child of ten when his father left him at the iron gate of the Sixth Order. The Brothers of the Sixth Order are devoted to battle, and Vaelin will be trained and hardened to the austere, celibate, and dangerous life of a Warrior of the Faith. He has no family now save the Order.

Vaelin’s father was Battle Lord to King Janus, ruler of the unified realm. Vaelin’s rage at being deprived of his birthright and dropped at the doorstep of the Sixth Order like a foundling knows no bounds. He cherishes the memory of his mother, and what he will come to learn of her at the Order will confound him. His father, too, has motives that Vaelin will come to understand. But one truth overpowers all the rest: Vaelin Al Sorna is destined for a future he has yet to comprehend. A future that will alter not only the realm, but the world.

“Anthony Ryan is a new fantasy author destined to make his mark on the genre. His debut novel, Blood Song, certainly has it all: great coming of age tale, compelling character, and a fast-paced plot. If his first book is any indication of things to come, then all fantasy readers should rejoice, as a new master storyteller has hit the scene.”—Michael J. Sullivan, author of the Riyria Revelations series

Anthony Ryan was born in Scotland in 1970 but spent much of his adult life living and working in London. After a long career in the British Civil Service he took up writing full time after the success of his first novel Blood Song, Book One of the Raven’s Shadow trilogy. He has a degree in history, and his interests include art, science and the unending quest for the perfect pint of real ale.
Loading...
or
Not Currently Available for Direct Purchase