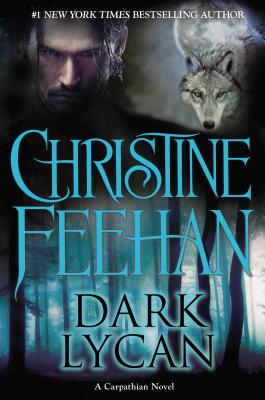 "The erotic, gripping series that has defined an entire genre" (J. R. Ward) continues as #1 "New York Times "bestselling author Christine Feehan links the fates of two strangers bound by a secret in the shadows of the Carpathian Mountains...
Tatijana of the Dragonseekers spent centuries encased in ice with her sister, trapped in limbo between life and death, never speaking to a soul other than those who tormented her. Now, she has been freed from her frozen prison by an unknown descendent. Awakened in human form, Tatijana yearns to explore the modern world in which she now lives--a world with more mysteries than she is prepared for.
Fenris Dalka has returned to the Carpathian Mountains after a long absence to be with his brother. He is scarred by centuries of battle, and every hard-won victory. But the real reason for his return home could prove deadly if discovered by the wrong man--or woman. Upon his arrival, he is compelled by a beautiful and enigmatic stranger who carries the scent of fresh earth, of forest, of the night itself.
In time Tatijana and Fenris will discover all that unites them--their secrets and pasts, their predators, and the hot flush of passion that stirs their souls. Yet just as surely, seduced into the silvery darkness of a full-moon night, they'll also discover everything ancient and evil that exists to destroy them.
Includes a teaser for Christine Feehan's next Carpathian novel, " Dark Wolf."

“The queen of paranormal romance! The one who started it all! I love everything she does.”—J. R. Ward

“She is the master.”—The Best Reviews

“One of the best vampiric romance series on the market today.”—Midwest Book Review

Christine Feehan is the #1 "New York Times" bestselling author of many romance novels and novellas. She lives in California.
Loading...
or
Not Currently Available for Direct Purchase