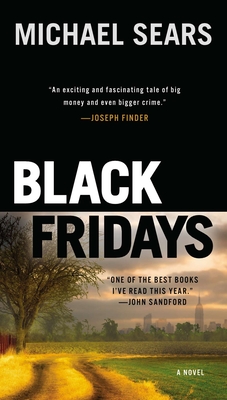 A Novel (A Jason Stafford Novel #1)

“This is not just an inside look at Wall Street but also a heartbreaking look at a father's unconditional love for a son afflicted by autism. Jason Stafford has paid the ultimate price for cheating as a trader on Wall Street -- two years in prison. Recently released, he is determined to reclaim his life and the life of his son, but his first job may be his last as he is asked to look into the trades of a man who died in a boating accident. Or was it murder? Exceptional writing, engaging characters, and a plot both complicated and fascinating. I look forward to the sequel!”
— Karen Briggs, Great Northern Books and Hobbies, Oscoda, MI
View the List

After two years in federal prison, Jason Stafford is no longer welcome on Wall Street. But due to his financial crime expertise, one firm wants him to quietly look for irregularities in the books of one of their junior traders, whose body was just pulled from the Long Island Sound.

Raising an autistic five-year-old alone, Stafford can’t refuse the lucrative offer. The job is supposed to last two weeks, tops. But soon he’s facing threats and intimidation, and more people are dying. Stafford must fight for his life—while struggling to save his son from a different kind of danger…

Nominated for the Edgar® Award for Best First Novel

Michael Sears spent more than twenty years on Wall Street, rising to the position of managing director in the bond trading and underwriting divisions of Paine Webber and, later, Jefferies & Company, before leaving the business in 2005. He lives in Sea Cliff, New York, with his wife, artist Barbara Segal, and is at work on a new novel featuring Jason Stafford and his son.

Praise For Black Fridays: A Novel (A Jason Stafford Novel #1)…

“An exciting and fascinating tale of big money and even bigger crime.”—Joseph Finder

“One of the best books I’ve read this year.”—John Sandford

“One of the year's finest crime debuts.”—Booklist

“Never has Wall Street been so interesting and so dangerous.”—Lisa Gardner

“Sears does the near impossible in this high-finance thriller: He turns a Wall Street executive, who’s just served jail time for fudging figures, into a sympathetic character.”—Kirkus Reviews
or
Buy Here
Copyright © 2020 American Booksellers Association