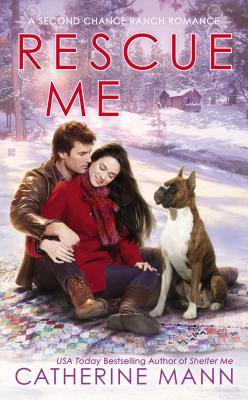 A rescued dog returns the favor in the latest Second Chance Romance from USA Today bestselling author of Shelter Me.
Detective AJ Parker left undercover work in Atlanta to join a small-town Tennessee police force, hoping for an easier workload and the solitude of his cabin. But the scars left by AJ’s previous work are more difficult to escape than he thought…
Mary Hannah Gallo works with the Second Chance Ranch Animal Rescue to train therapy dogs for traumatized patients. It isn’t easy, but her life is under control—until she meets the broodingly sensual AJ, who rattles her composure all the way to her toes.
After an assignment confiscating dogs from a backyard breeder reveals a dangerous drug operation, AJ must work with sexy perfectionist Mary Hannah to train an abused rescue dog—a dog now named Holly. While Holly proves to these two very different people that opposites can, in fact, attract, she also knows more than a few explosive secrets that could heal—or divide—the entire town.

"Mann doubles the magic for her marvelous second book in the Second Chance Ranch contemporary series....At Second Chance, dogs get a shot at a new life, and the humans who help them incidentally learn to fall in love again. Mary Hannah Gallo, a therapist volunteering at the shelter, struggles with memories of her own miscarriage while supporting her best friend’s pregnancy. Mary Hannah was in rehab for drug abuse when she lost the baby, and since then she has devoted herself to improving her life and helping others. She doesn’t dare get involved with AJ Parker, a former undercover narcotics officer battling burnout, but when AJ starts training a severely abused boxer named Holly, AJ and Mary Hannah keep getting thrown together in a variety of dog-related situations. The scenes in which Holly discovers that the world can be a safe and beautiful place are the most heartwarming in a novel saturated with sweet and touching moments. Mary Hannah and AJ know people make mistakes, and they make deeply admirable efforts to look past each other’s flaws with compassion and understanding. Even humans who aren’t fond of dogs will sob all over this tale of healing and hope." --Publisher's Weekly (starred review)

Praise for the Novels of Catherine Mann

"Catherine Mann's picture should be in the dictionary next to 'superb'"—Suzanne Brockmann, New York Times bestselling author

RITA Award winner Catherine Mann is the USA Today bestselling author of numerous romances including the Dark Ops novels. She lives in Florida with her military flyboy husband and their four children.
or
Not Currently Available for Direct Purchase