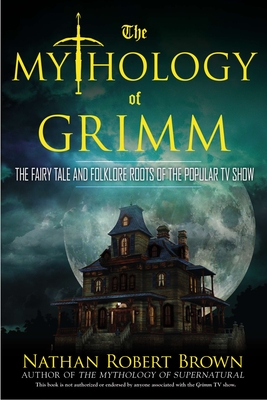 The Mythology of Grimm

The Fairy Tale and Folklore Roots of the Popular TV Show

NBC’s hit television series Grimm pits modern detective Nick Burkhardt of the Portland Police against a cast of terrifying villains—lifted directly from the pages of classic fairytales. In the world of the show, the classic stories are actually a document of real events, and Nick himself is descended from a long line of guardians, or Grimms, charged with defending humanity from the mythological creatures of the world.

From The Big Bad Wolf to Sleeping Beauty, The Mythology of Grimm explores the history and folkloric traditions that come into play during Nick’s incredible battles and investigations—tapping into elements of mythology that have captured our imaginations for centuries.

Nathan Robert Brown is an author, pop culture mythologist, and technical writer from Texas, currently residing in Florida. He received the 2009 Harry Brown Award for The Rape of Lilith. Nathan has done extensive research in world mythology, folklore, urban legends, ancient civilizations, and world religions, and is an expert on trinities universal themes in myth, religion, mysticism, and pop culture. He is the author of many books, including The Complete Idiot's Guide to World Mythology, World Religions at Your Fingertips, The Mythology of Supernatural, and The Mythology of Grimm. Nathan is also a public speaker and pro-bono demonology consultant
Loading...
or
Not Currently Available for Direct Purchase