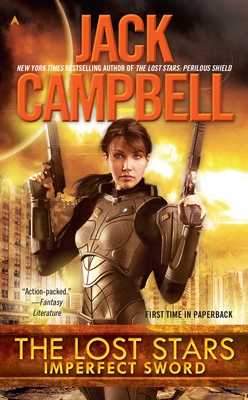 President Gwen Iceni and General Artur Drakon have successfully liberated the Midway Star System—but the dictatorial former rulers of the Syndicate Worlds won’t surrender the region without a fight.

Outnumbered and led by junior officers hastily promoted in the wake of the uprising, Midway’s warships are no match for the fleet massing and preparing to strike. But the Syndicate isn’t the only threat facing Iceni and Drakon. Another former CEO has taken control of the Ulindi Star System, the first calculated move toward establishing his own little empire.

With Drakon’s ground forces dispatched to Ulindi, Midway erupts in violence as Syndicate agents and other, unknown enemies stoke a renewed revolt against Iceni’s power—leaving both her and Drakon vulnerable to trusted officers just waiting for an opportune moment to betray them…

“A fast-paced thrill ride that leaps nimbly from harrowing to heartbreaking to heroic.”—Publishers Weekly

“The ride is worth it. Fans of the numerous military science fiction will find something to like here.”—SFRevu

“A wonderful action-packed installment…This is the kind of book that leaves me hungering for another helping of Campbell’s space combat.”—Fantasy Literature

“Jack Campbell” is the pen name of John G. Hemry, a retired naval officer who graduated from the U.S. Naval Academy in Annapolis before serving with the surface fleet and in a variety of other assignments. He is the author of The Lost Fleet series as well as the Stark’s War series and the Paul Sinclair series. His short fiction appears frequently in Analog magazine.
Loading...
or
Not Currently Available for Direct Purchase