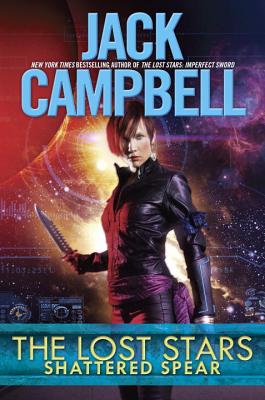 The New York Times bestselling author of The Lost Fleet returns to the “strong saga”* of a rebellion against a totalitarian regime and the determination of two people to create a better future in the farthest reaches of the colonized galaxy...

The Syndicate Worlds continue to splinter as more star systems pledge allegiance to President Gwen Iceni, General Artur Drakon, and the new government they’re establishing at Midway. But the toxic legacy of Syndicate rule continues to undermine their efforts as the rebels encounter difficulty trusting one another and believing their new leaders’ promises of freedom from tyranny.

Before Iceni and Drakon can put their house in order, they must deal with an even greater threat. An enigma warship has appeared and vanished near a Syndic colony. If the aliens are  capable of jumping into other human-occupied star systems, then billions of people could be vulnerable to a hostile invasion fleet anywhere they choose to strike.

But an even greater vulnerability lies with Iceni and Drakon, as a once-trusted adviser-turned-saboteur plans revenge...

“Jack Campbell” is the pen name of John G. Hemry, a retired naval officer who graduated from the U.S. Naval Academy in Annapolis before serving with the surface fleet and in a variety of other assignments. He is the author of The Lost Fleet series as well as the Stark’s War series and the Paul Sinclair series. His short fiction appears frequently in Analog magazine. He lives with his indomitable wife and three children in Maryland.

Praise for The Lost Stars series

“A fast-paced thrill ride that leaps nimbly from harrowing to heartbreaking to heroic.”—Publishers Weekly

“There is one thing Jack Campbell really does very well indeed [and] it is writing space battles. They are fabulous, and there are enough here to give you a real taste of what it would be like to be up there and shot at.”—SFcrowsnest
or
Not Currently Available for Direct Purchase
Copyright © 2020 American Booksellers Association