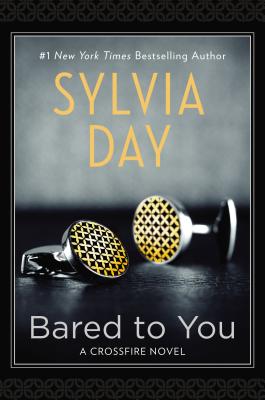 From #1 New York Times bestselling author Sylvia Day comes the first novel in the Crossfire series--a provocative masterstroke of abandon and obsession that redefined the meaning of desire, and became a global phenomenon.

Gideon Cross came into my life like lightning in the darkness...

He was beautiful and brilliant, jagged and white-hot. I was drawn to him as I'd never been to anything or anyone in my life. I craved his touch like a drug, even knowing it would weaken me. I was flawed and damaged, and he opened those cracks in me so easily... Gideon knew. He had demons of his own. And we would become the mirrors that reflected each other's most private wounds...and desires. The bonds of his love transformed me, even as I prayed that the torment of our pasts didn't tear us apart...


Praise For Bared to You…

“When it comes to brewing up scorchingly hot sexual chemistry, Day has few literary rivals.”—Booklist

Praise for Sylvia Day’s Bared to You

“Bared to You takes a sensual look at a darker side of love.”—Shelf Awareness

“…a highly charged story that flows and hits the mark...”—Kirkus Reviews

Sylvia Day is the #1 New York Times and #1 international bestselling author of over 20 award-winning novels sold in more than 42 countries. She is a #1 bestselling author in 28 countries, with over 18 million copies sold. Her Crossfire series has been optioned for television by Lionsgate. Visit Sylvia at sylviaday.com, Facebook.com/AuthorSylviaDay, and on Twitter @SylDay.
or
Not Currently Available for Direct Purchase