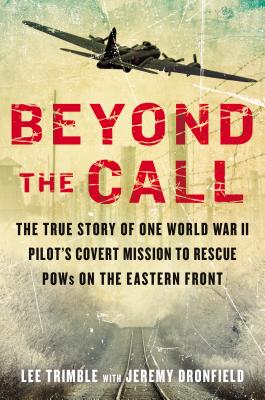 This inspiring true story of veteran Air Force bomber pilot Robert Trimble, who laid his life on the line to rescue World War II POWs on the Eastern Front.

Near the end of World War II, thousands of Allied ex-prisoners of war were abandoned to wander the war-torn Eastern Front. With no food, shelter, or supplies, the POWs were an army of dying men. As the Red Army advanced across Poland, the Nazi prison camps were liberated. In defiance of humanity, the freed Allied prisoners were discarded without aid. The Soviets viewed POWs as cowards, and regarded all refugees as potential spies or partisans. The United States repeatedly offered to help, but were refused. With relations between the Allies strained, a plan was conceived for an undercover rescue mission. In total secrecy, the OSS chose an obscure American air force detachment stationed at a Ukrainian airfield. The man they picked to undertake it was veteran 8th Air Force bomber pilot Captain Robert Trimble. With little covert training, Trimble took the mission. He would survive by wit, courage, and determination. This is the compelling, true story of an American hero who risked everything to bring his fellow soldiers home to safety and freedom. INCLUDES PHOTOS

Lee Trimble was born in 1950, the son of Captain Robert M. Trimble. He was educated in science and technology at Pennsylvania State University and received an MS at Stevens Institute of Technology in New Jersey. He worked in research and development on lasers, electronics, and semiconductors, and has been a scientific writer and reviewer for various scholarly and professional journals. He has lately retired from the tech world, and works rehabilitating problem dogs, including work in conjunction with SPCA International and the U.S. military on "Operation Baghdad Pups." Jeremy Dronfield is a multi-faceted writer, biographer, and novelist, with a special interest in WWII aviation. He began in archaeology, gaining his PhD at Cambridge University. In 1997 his debut novel, The Locust Farm, was a bestseller in the United Kingdom. He is also the author of Resurrecting Salvador, Burning Blue (a novel about the experiences of a U.S. pilot in WWII), and the critically acclaimed The Alchemist's Apprentice. He is also coauthor of several historical biographies, including one about the life of the Russian spy Moura Budberg.
Loading...
or
Not Currently Available for Direct Purchase