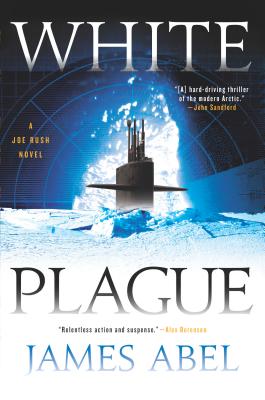 In the frozen waters of the Arctic, Marine bioterror expert Joe Rush races to save a submarine crew from a lethal threat...
The pleas for help stopped coming just after five in the morning, Washington time. The Pentagon staffers cleared for handling sensitive messages sat in horror for a moment and then tried other ways to reach the victims. Nothing worked so they called the Director, who phoned me.
In the remote, frozen waters of the Arctic Ocean, the high-powered and technically advanced submarine U.S.S. Montana is in peril. Adrift and in flames, the boat and the entire crew could be lost. The only team close enough to get to them in time is led by Marine doctor and bio-terror expert Joe Rush.
With only thirty-six hours before the surviving crew perish, Joe and his team must race to rescue the Montana and ensure that the boat doesn t fall into enemy hands. Because a fast-approaching foreign submarine is already en route, and tensions may explode.
But that's the least of their troubles. For the surviving sailors are not alone on the sub. Something is trapped with them. Something deadly lethal. Something that plagued mankind long ago, when it devastated the entire world. And the crew of the Montana has unknowingly set it free. Now, Joe and his team must not only find a way to save the Montana and her crew, but stop a lethal horror of apocalyptic consequence from being unleashed on all humanity.

James Abel is the pseudonym for Bob Reiss, an accomplished author and Arctic expert. He lives and works in New York City.
Loading...
or
Not Currently Available for Direct Purchase