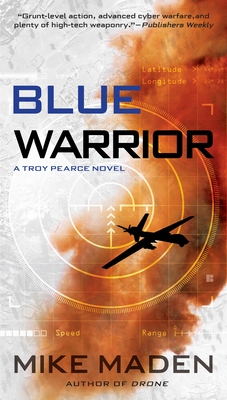 Mike Maden exploded onto the military action scene with his blistering Drone. Now he returns with another electrifying novel featuring hero Troy Pearce.

Rare earth minerals have been found in the remote Saharan desert—and a rush of powerful nations converge to mine them. But the territory belongs to the Tuaregs—fierce warriors who are battling the Malian government for their independence.

With a vested interest in the rare elements, the Chinese offer to help the Malian government fight the rebels. Brilliant as the plan is in concept, the execution backfires and the fighting renews in intensity as Al Qaeda joins the fray.

In the dead center of the chaos are Troy Pearce's closest friend and a mysterious woman from his past. Deploying his team and the newest drones to rescue his friends and save the rebellion, Troy discovers that he may need more that technology to survive the battle and root out the real puppet masters behind the Tuareg genocide....

Mike Maden is the author of the critically acclaimed Drone series and two novels in Tom Clancy’s #1 New York Times bestselling Jack Ryan Jr. series. He holds both a master’s and Ph.D. in political science from the University of California at Davis, specializing in international relations and comparative politics. He has lectured and consulted on the topics of war and the Middle East, among others. Maden has served as a political consultant and campaign manager in state and national elections, and hosted his own local weekly radio show for a year.
Loading...
or
Not Currently Available for Direct Purchase