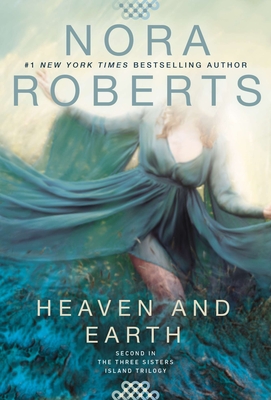 In the second book in her Three Sisters Island Trilogy, #1 New York Times bestselling author Nora Roberts returns to the haunting shores of New England—and to the lives of three passionate, powerful women…

Ripley Todd's job as a sheriff’s deputy keeps her busy and happy, and she has no trouble finding men when she wants them—which, lately, isn’t all that often. She’s perfectly content, except for one thing: she has special powers that both frighten and confuse her.

Distraction soon arrives in the handsome form of MacAllister Booke—a researcher who’s come to investigate the rumors of witchcraft that haunt Three Sisters Island. Right from the start, he knows there’s something extraordinary about Ripley Todd. Fascinated by her struggle with her amazing abilities, he becomes determined to help her accept who she is—and find the courage to open her heart.

But before Ripley and Mac can dream of what lies in the future, they must confront the pain of the past. For Three Sisters shelters centuries of secrets—and a legacy of danger that plagues them still…

“As mesmerizing as the first, this second installment of the Three Sisters Island trilogy will have readers turning and gripping each and every page. No one does it better than Nora Roberts.”—RT Book Reviews