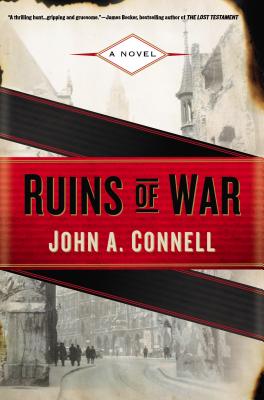 A chilling novel of murder and madness in post-World War II Germany
Winter 1945. Seven months after the Nazi defeat, Munich is in ruins. Mason Collins a former Chicago homicide detective, U.S. soldier, and prisoner of war is now a U.S. Army criminal investigator in the American Zone of Occupation. It's his job to enforce the law in a place where order has been obliterated. And his job just became much more dangerous.
A killer is stalking the devastated city one who has knowledge of human anatomy, enacts mysterious rituals with his prey, and seems to pick victims at random. Relying on his wits and instincts, Mason must venture places where his own life is put at risk: from interrogation rooms with unrepentant Nazi war criminals to penetrating the U.S. Army's own black market.
What Mason doesn t know is that the killer he's chasing is stalking him, too

John A. Connell has worked as a cameraman on films such as Jurassic Park and Thelma & Louise and on TV shows including The Practice and NYPD Blue. He now lives with his wife in Paris, France, where he is at work on his second Mason Collins novel.
or
Not Currently Available for Direct Purchase