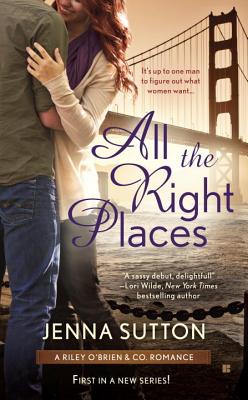 The first in a brand new contemporary romance series starring the men and women who are determined to keep the billion-dollar denim dynasty, Riley O’Brien & Co, on top, but aren’t about to let success stand in the way of love…

Amelia Winger is a small-town girl with big dreams of becoming a successful designer. So when she gets a gig designing accessories for denim empire Riley O’Brien & Co., it’s a dream come true. Amelia can handle the demanding job, but she isn’t quite prepared for sexy CEO Quinn O’Brien. She’s doing her best to keep things professional, but the attraction sparking between them makes it personal. And so does the secret project she's working on behind his back...

Quinn’s not interested in the new accessories, but he is interested in the woman designing them. Amelia is smart, sexy, and talented, and he hasn’t been able to stop thinking about her since they met. Mixing business and pleasure isn’t wise, but that doesn’t stop him from coming up with excuses to spend time with her. He thinks he understands the risk he’s taking when he gets involved with Amelia. But he doesn’t know he’s risking a lot more than his heart.

Jenna Sutton is a former award-winning journalist who traded fact for fiction when she began writing novels. Surprisingly, the research she conducted for her articles provided a lot of inspiration for her books. She lives in Texas with her husband.
Loading...
or
Not Currently Available for Direct Purchase