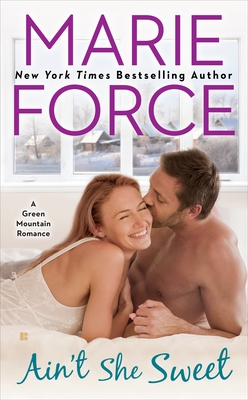 A woman gives a determined man a run for his love in this Green Mountain Romance from the New York Times bestselling author of It’s Only Love.

Charlotte “Charley” Abbott has gone out with every guy under thirty-five in Butler, Vermont—except for one. Tyler Westcott’s attempts to date her may be determined, and frequent, but Charley can’t stand how he acts like he knows her better than she knows herself. So when Tyler turns up at the running club Charley joined to train for a marathon, she’s almost ready to quit before she even gets started.

Tyler knows that behind Charley’s prickly personality and dismissive attitude is a sweet woman he wants in his life. And when Charley suffers an injury while training, Tyler is ready to prove that the perfect man for her has been right there all along...

Praise For Ain't She Sweet (A Green Mountain Romance #6)…

“If you’re a fan of Robyn Carr and Jill Shalvis, then you will want the Green Mountain series by Marie Force.”—Fresh Fiction

“Marie truly just has a way of telling a story that draws you in, and never lets you go. Not even when you reach the end of the book.”—Guilty Pleasures Book Reviews

“I dare you not to completely swoon...Marie Force knows how to write some sizzling scenes!”—Romance at Random