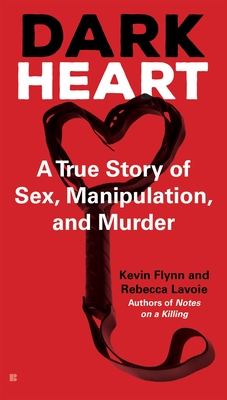 A True Story of Sex, Manipulation, and Murder

From the authors of the “true crime classic”* Notes on a Killing comes the harrowing story of the games that couples play—and what happens when role-playing becomes a deadly reality.

Was murder part of the game?

Seventeen-year-old Kat McDonough grew up with theater in her blood—and a penchant for make-believe. More than a decade older, Seth Mazzaglia was well known in the community theater circle of Portsmouth, New Hampshire. He, too, had a rich inner life—and he soon had Kat convinced that they were soul mates.

To intensify their bond, Seth lured Kat into a world of violent sex and role-playing, where she was his slave. But even that wasn’t enough to satisfy his ravenous appetites.

Enter Lizzi Marriott, the new girl in town. And when she accepts an invitation to Kat and Seth’s apartment, she will never be seen again...


*Robert Scott, author of The Girl in the Leaves

Kevin Flynn is the coauthor of Notes on a Killing, Legally Dead, and Our Little Secret, and author of Wicked Intentions and American Sweepstakes. As a radio and TV journalist, Flynn has won more than fifty broadcast awards, including an Emmy, four Edward R. Murrow awards, and three New Hampshire Magazine’s Best TV Reporter awards. He is a regular contributor to many true crime TV shows, such as Deadly Sins, Unusual Suspects, Killer Instinct, On the Case with Paula Zahn, and My Dirty Little Secret. He serves on the board of trustees to the New Hampshire Writers’ Project.

Rebecca Lavoie is the coauthor of Notes on a Killing, Legally Dead, and Our Little Secret, and has written for outlets including New Hampshire Magazine, Newsweek, and Playboy magazine. Lavoie is the digital director at New Hampshire Public Radio, where she leads an award-winning newsroom’s online journalism projects, and is also the creator and host of the popular podcast Crime Writers on Serial, where she and a panel of fellow crime and noir authors discuss Serial and other true crime stories.

Praise For Dark Heart: A True Story of Sex, Manipulation, and Murder…

“This book does much more than tell a crime story; Flynn and Lavoie gift the reader with an inside look at human frailty and the ways that a skilled sociopath can manipulate others toward the desires of their dark hearts.”—Anthony Flacco, New York Times bestselling author of Impossible Odds

“Flynn and Lavoie expertly layer on stunning, devastating detail to explain the inexplicable—a case that had the media stumped for months.  I couldn’t stop reading, and neither will you.”—Robert Kolker, author of Lost Girls


Praise for Notes on a Killing

“Harrowing and haunting...a story not only filled with twists and suspense but also rich with heartbreak and humanity.”—Megan Abbott, Edgar® Award-winning author of The End of Everything and Dare Me

“Fast pacing, suspense, meticulous research, and much more...will keep readers turning the pages.”—Phyllis Gobbell, author of A Season of Darkness

“With their usual narrative panache and an amazing instinct for the dramatic juxtaposition of incongruous lives, the authors have once again nailed a harrowing, larger-than-life conundrum that is too strangely wonderful for fiction and is the quintessential true crime yarn.”—Joseph Olshan, author of Cloudland
or
Not Currently Available for Direct Purchase
Copyright © 2020 American Booksellers Association