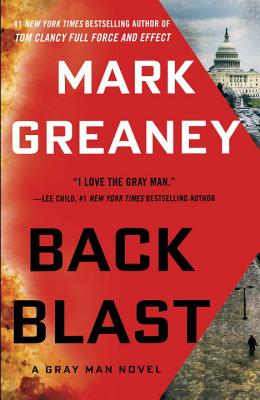 From Mark Greaney, the #1 New York Times bestselling coauthor of Tom Clancy's Jack Ryan novels, comes the fifth explosive thriller featuring the lethal assassin known as the Gray Man... Five years ago, Court Gentry was the CIA's best covert asset. Then, without warning, his masters at the Agency put him at the top of their kill list. Court fled his country and became an enigmatic killer for hire known as the Gray Man. Determined to find out what made the Agency turn against him, he plans to get his hands on the men who sent him on his last mission, Operation BACK BLAST. What he doesn't realize is that the questions that arose from his time as an American assassin are still reverberating in the U.S. intelligence community, and he's stumbled onto a secret that powerful people want kept under wraps. The result: everyone has Court in their crosshairs...

Mark Greaney has a degree in international relations and political science. In his research for the Gray Man novels, including Agent in Place, Gunmetal Gray, Back Blast, Dead Eye, Ballistic, On Target, and The Gray Man, he traveled to more than fifteen countries and trained alongside military and law enforcement in the use of firearms, battlefield medicine, and close-range combative tactics. He is also the author of the New York Times bestsellers Tom Clancy Support and Defend, Tom Clancy Full Force and Effect, Tom Clancy Commander in Chief, and Tom Clancy True Faith and Allegiance. With Tom Clancy, he coauthored Locked On, Threat Vector, and Command Authority.
or
Not Currently Available for Direct Purchase
Copyright © 2020 American Booksellers Association