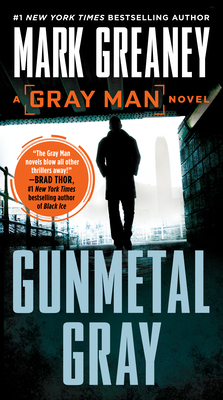 After five years on the run, Court Gentry is back on the inside at the CIA. But when his first mission includes a pair of Chinese agents trying to take him down in Hong Kong, Court wants to know why.

Court’s high-stakes hunt for answers takes him across Southeast Asia and leads to his old friend, Donald Fitzroy, who is being held hostage by the Chinese. Fitzroy was contracted to find Fan Jiang, a former member of an ultra-secret computer warfare unit responsible for testing China’s own security systems.

The first two kill teams Fitzroy sent to find Fan have disappeared and the Chinese have decided to “supervise” the next operation. What they don’t know is that Gentry’s mission is to find Fan first and get whatever intel he has to the US.

After that, all he has to do is get out alive...

“Courtland Gentry, also known as the Gray Man, is everything you’d want in a fictional professional killer...[he] always gets the job done for the US of A, and he entertains while doing it...this one is fat, fast, and fun. Clancy's spirit lives on.”—Kirkus Reviews (stared review)

“Greaney’s unraveling of the Back Blast mystery is masterly, but it’s the Gray Man’s ability to outthink and outgun...that will keep readers glued to the pages.”—Publishers Weekly (starred review)