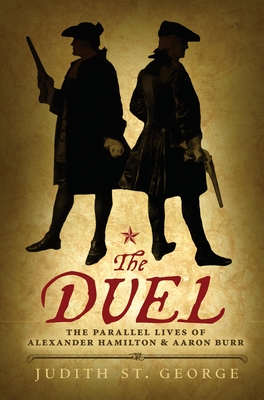 The Parallel Lives of Alexander Hamilton and Aaron Burr

Learn more about the men who inspired Hamilton: The Musical in this fascinating look at the historical friends turned revolutionary rivals!

In curiously parallel lives, Alexander Hamilton and Aaron Burr were both orphaned at an early age. Both were brilliant students who attended college--one at Princeton, the other at Columbia--and studied law. Both were young staff officers under General George Washington, and both became war heroes. Politics beckoned them, and each served in the newly formed government of the fledgling nation. Why, then, did these two face each other at dawn in a duel that ended with death for one and harsh criticism for the other?


Praise For The Duel: The Parallel Lives of Alexander Hamilton and Aaron Burr…

"Well researched and organized, the book offers insights into the personalities, lives, and times of Burr and Hamilton. A fine choice . . ."--Booklist

"This well-researched book includes an excellent bibliography and a fairly thorough index. It would be useful in a school setting, not only as a dual biography but also as an introduction to life, culture, and the politicalsystem in the United States in the late 1700s."--Children's Literature

"Well researched and even uses some primary sources, which helps readers get a real sense of who Hamilton and Burr really were and the impact their lives had on American history."--VOYA

"St. George does an excellent job of presenting the stories of the two men . . . Readers who like historical fiction will find this equally intriguing and approachable."--School Library Journal

"The author's ability to lucidly explain the political intricacies of the time is impressive, revealing to readers that politics were as ugly, if not uglier, in the nation's earliest days as they are now."--Kirkus Reviews

Judith St. George has published dozens of successful nonfiction books for children, including the Caldecott Medal-winning So You Want to Be President? and the historical Turning Point series, including You’re On Your Way, Teddy Roosevelt; Stand Tall, Abe Lincoln; and Take the Lead, George Washington. You can visit her online at www.judithstgeorge.com.
Loading...
or support indie stores by buying on