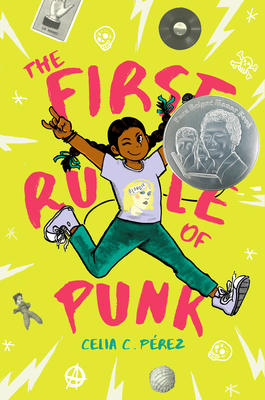 Celia C. Pérez is the award-winning author of The First Rule of Punk, a 2018 Pura Belpré Author Honor Book. Celia is a longtime maker of zines inspired by her love of punk music and writing. Her favorite zine supplies are a long-arm stapler, glue sticks, and watercolor pencils. She'll never stop picking cilantro out of her food at restaurants, and she owns two sets of worry dolls because you can never have too many. Originally from Miami, Florida, Celia lives in Chicago with her family where she works as a community college librarian.
Loading...
or support indie stores by buying on