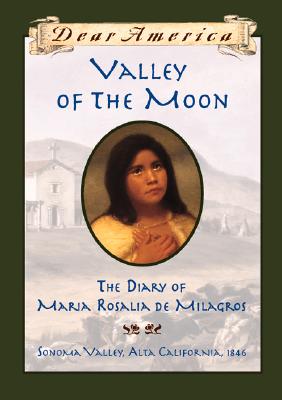 A story set during the final months of Mexican rule that incorporates historical events and the many factions of early California--americanos, mexicanos, indios, californios--into it. Orphaned at age five, Rosa and her younger brother were cared for at the Mission Rafael by Padre Ygnacio before they became servants at the large Medina rancho. The children are treated benevolently, often as family. However, Rosa longs for knowledge about her own parents--a secret that comes to light at the conclusion. The book includes a historical note, black-and-white reproductions from the time period, and a glossary of Spanish terms. (Unfortunately, there is no pronunciation guide.) A current map of the U. S. shows the locations of San Francisco and Sonoma Valley; however, historical locations and Baja California are not marked. The strength of this well-researched book lies in the inclusion of so much factual information. However, the quick pace of the plot allows for little depth of character or emotional reaction to the events. None of the characters plays a strong or active role in the historical happenings. Rosa primarily reports the events that take place around her. Despite the book's shortcomings, it will be a popular follow-up to other "Dear America" titles.
---School Library Journal, April 2001