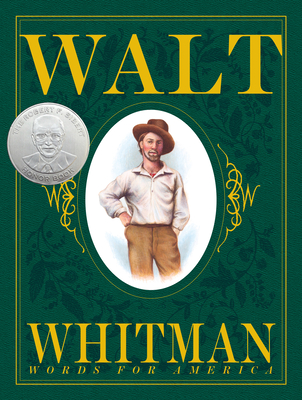 Did you know that poet Walt Whitman was also a Civil War nurse? Devastated by his country dividing and compelled to service by his brother's war injury, Walt nursed all soldiers--Union and Confederate, black and white. By getting to know them through many intense and affecting experiences, he began to see a greater life purpose: His writing could give these men a voice, and in turn, achieve his highest aspiration--to capture the true spirit of America. Dramatic, powerful, and deeply moving, this consummate portrait of Whitman will inspire readers to pick up their pens and open their hearts to humanity.

Barbara Kerley's award-winning biographies—including WHAT TO DO ABOUT ALICE? and THE EXTRAORDINARY MARK TWAIN (ACCORDING TO SUSY), both illustrated by Edwin Fotheringham, and THE DINOSAURS OF WATERHOUSE HAWKINS and WALT WHITMAN: WORDS FOR AMERICA, both illustrated by Brian Selznick—are consistently praised for their lively prose, meticulous research, and artistic presentation style. Kerley lives in Portland, Oregon. You can visit her online at www.barbarakerley.com.

* "A cultural force rendered with power and immediacy for a new generation." -- Kirkus Reviews, starred review

* "Whitman’s eloquent voice resonate[s] through the pages, and bountiful source notes remove any doubt of these talented collaborators' affection and admiration for their subject--their enthusiasm is convincing and contagious. -- Publishers Weekly, starred review

"Whitman lovers everywhere should give joyful thanks for this splendid presentation." -- Horn Book