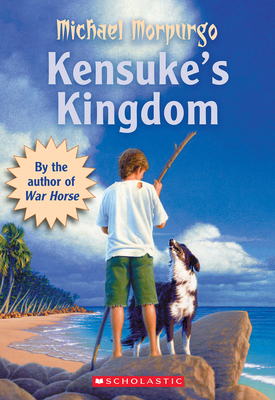 A spellbinding tale of survival and self-discovery from award-winning author Michael Morpurgo, who is poised for breakthrough U.S. success.When Michael's father loses his job, he buys a boat and convinces Michael and his mother to sail around the world. It's an ideal trip - even Michael's sheepdog can come along. It starts out as the perfect family adventure - until Michael is swept overboard. He's washed up on an island, where he struggles to survive. Then he discovers that he's not alone. His fellow-castaway, Kensuke, is wary of him. But when Michael's life is threatened, Kensuke slowly lets the boy into his world. The two develop a close understanding in this remote place, but the question of rescue continues to divide them.

Michael Morpurgo, former Children's Laureate of Britain, is the author of War Horse, called "Superb" by the New York Times Book Review, and now a major motion picture. His other prize-winning books include Kensuke's Kingdom, Private Peaceful, and The Amazing Story of Adolphus Tips. Michael lives in England, with his wife, Clare. Together, they founded the charity Farms for City Children, which gives children from urban areas an opportunity to spend a week working on a farm. Learn more at michaelmorpurgo.org.
Loading...
or support indie stores by buying on