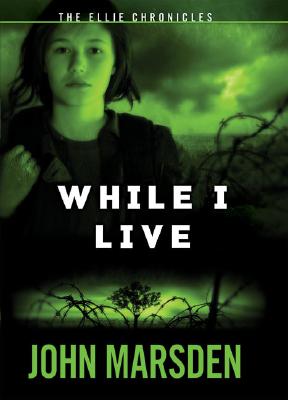 For Ellie Linton, being back on the farm with her parents is what makes the terrible things that happened during the war -- the things she, Homer, Lee, Fi, and the others had to do -- all worthwhile. It's where she belongs.

But the war won't let her go. A devastating tragedy has shattered any hope she ever had to reclaim her life, or herself. It's a new kind of fight. And the enemy isn't always from the other side of the border.

Another spectacular novel of war and its consequences by bestselling author John Marsden.

John Marsden accidentally put himself through the perfect training to become a novelist.

He read vast numbers of books, acquired a love of language, and became insatiably curious about other people. He also had a variety of jobs, 32 at the last count, including working in abattoirs, hospitals, morgues and a haunted house.

In 1985, rather to his own surprise, he found himself teaching English in the Australian bush, at Timbertop School. Noticing a complete lack of interest in reading among his Year 9 students he tried his hand at writing a short novel that he thought they might enjoy.

The rest is history. John Marsden, author of the Tomorrow series and Ellie Chronicles, is now the world's most successful author of teenage fiction. He has sold a million and a half books worldwide, and has won awards in Europe, America and Australia. His first love however is still teaching, and he spends most of his time running writing camps at his property, near Hanging Rock, Victoria.
Loading...
or
Not Currently Available for Direct Purchase