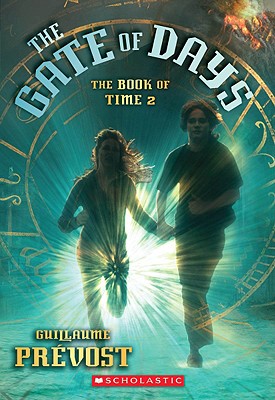 The Gate of Days

“The second book in the Book of Time series takes Sam on an adventure through time, in which he must travel to find clues and ancient coins to rescue his dad, a prisoner of the original Count Dracula. Meanwhile, back in Sam's own time, trouble is brewing. Mystery and murder make a great story that will have you anticipating the next book.”
— Ellen Perry, Browsing Bison Books, Deer Lodge, MT
View the List

Ancient Greek prophecies. Exploding volcanoes. Chicago gangsters. Just another day in the life for Sam Faulkner in this propulsive sequel to THE BOOK OF TIME
Sam Faulkner now knows his father is trapped in Vlad Tepes's castle, but he can't save him without the seven coins that will allow him to direct his travel to the right year in Time. So he sets off on a desperate journey through the ages to collect the coins -- to the oracle at Delphi, Pompeii before Mt. Vesuvius -- even Chicago in 1932, where he meets his seven-year-old grandfather. But things get wilder still when he finally finds his father, who is sick, dying, raving . . . and who insists they must rescue Sam's dead mother from Time.