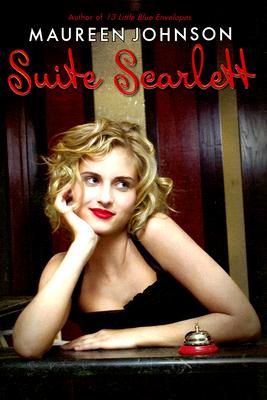 From top-selling author Maureen Johnson comes a fresh, funny novel about a girl, her hotel, and an unforgettable summer.
Scarlett is the third of four children in the Martin family. The Martins live in and manage a shabby hotel in NYC that dates back to the 1920s. When Scarlett turns 15, she is put in charge of one of the hotel's 27 rooms- the Empire Suite. Into this room moves Mrs. Amberson, a failed 1970s starlet who has returned to New York to write her memoirs. Soon, Scarlett is taking dictation, running around town with Mrs. Amberson, and getting caught up in her Auntie Mame-meets-Bianca Jagger adventures.

Maureen Johnson is the author of SUITE SCARLETT, SCARLETT FEVER, THE KEY TO THE GOLDEN FIREBIRD, 13 LITTLE BLUE ENVELOPES, THE BERMUDEZ TRIANGLE, DEVILISH, and GIRL AT SEA. She lives in New York City.
or
Not Currently Available for Direct Purchase
Copyright © 2020 American Booksellers Association