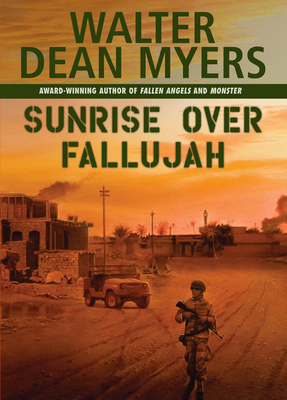 From Walter Dean Myers comes a powerful and timely novel about the heroics and horror of war---a gripping companion to FALLEN ANGELS.Robin "Birdy" Perry, a new army recruit from Harlem, isn't quite sure why he joined the army, but he's sure where he's headed: Iraq. Birdy and the others in the Civilian Affairs Battalion are supposed to help secure and stabilize the country and successfully interact with the Iraqi people. Officially, the code name for their maneuvers is Operation Iraqi Freedom. But the young men and women in the CA unit have a simpler name for it:WAR

The late Walter Dean Myers was the 2012-2013 National Ambassador for Young People's Literature. He was the critically acclaimed New York Times bestselling author of an award-winning body of work which includes Somewhere in the Darkness, Slam!, and Monster. Mr. Myers has received two Newbery Honor medals, five Coretta Scott King Author Book Awards, and three National Book Award Finalist citations. In addition, he was the winner of the first Michael L. Printz Award.
Loading...
or support indie stores by buying on