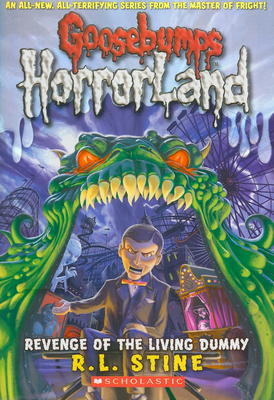 It's a whole new ride from master of horror and bestselling author R.L. Stine--with a story so fiendish that it can't be contained to just one book!Fright-master R.L. Stine invites you on an all-new, all-terrifying adventure!Britney Crosby thinks her cousin Ethan is pretty weird--and she happens to be right. Ethan won't stop tormenting Britney with an old ventriloquist's dummy. And the puppet has plans for Britney, too! Next, someone will be offered a vacation at a popular "scream park." An entire week for free? You'd have to be a real dummy to refuse that! But some guests aren't allowed to escape HorrorLand after just six days and seven frights...