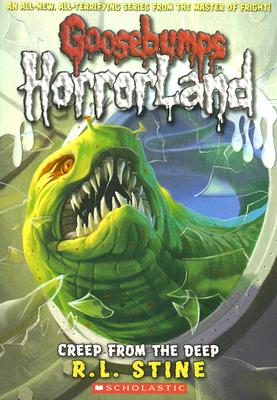 Creep From the Deep (Goosebumps HorrorLand #2)

It's a whole new ride from master of horror and bestselling author R.L. Stine--with a story so fiendish that it can't be contained to just one book!Billy and Sheena always expect adventure when they join their uncle, Dr. Deep, aboard his hi-tech boat. What they don’t expect is a treasure hunt leading to a 200-year-old sea captain… who refuses to stay dead!Just when they think the tide is turning, Billy and Sheena accidentally drive into a dangerous mystery. A chilling surprise awaits them in Horrorland, the theme park where their worst nightmare is about to come to life.