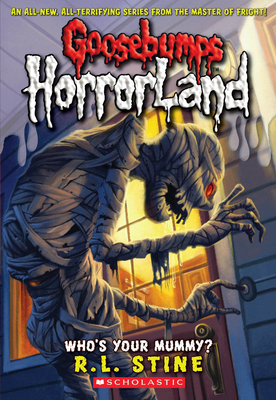 Who's Your Mummy? (Goosebumps HorrorLand #6)

It's a whole new ride from master of fright and bestselling author R.L. Stine--with a story so fiendish that it can't be contained in just one book!Abby and Peter are staying with Uncle Jonathan in an eerie old village. Their uncle knows a lot about Egyptian pyramids, and his living room even looks like an ancient tomb. Do other secrets lurk inside Uncle Jonathan's house? MUM's the word!Next, Abby and Peter will get all WRAPPED up in a terrifying mystery. Slappy the Dummy and other villains have been sighted in HorrorLand theme park. A monster named Byron might offer help . . . if they can find him.