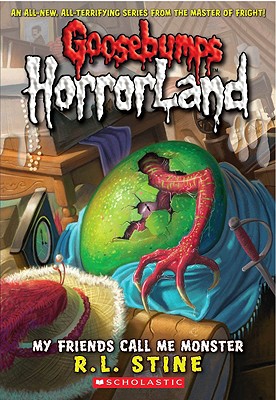 It's a whole new ride from master of fright and bestselling author R.L. Stine--with a story so fiendish that it can't be contained in just one book!Michael Munroe is learning a few new lessons in school this week: Never trust a teacher who believes in monsters. Don’t even think about entering her house. And stay away from the giant egg in her attic—especially if it’s about to hatch.What could be worse than a monster egg? An entire theme park filled with monsters! But that’s not the only surprise. Soon, Michael and his friends will discover shocking new secrets about HorrorLand theme park.