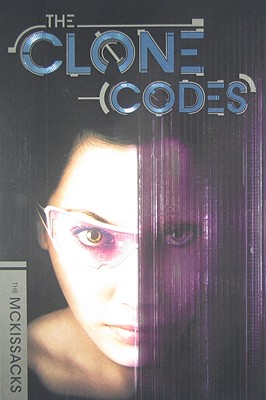 In the year 2170 an underground abolitionist movement fights for the freedom of cyborgs and clones, who are treated no better than slaves


The Cyborg Wars are over and Earth has peacefully prospered for more than one hundred years. Yet sometimes history must repeat itself until humanity learns from its mistakes. In the year 2170, despite technological and political advances, cyborgs and clones are treated no better than slaves, and an underground abolitionist movement is fighting for freedom. Thirteen-year-old Leanna's entire life is thrown into chaos when The World Federation of Nations discovers her mom is part of the radical Liberty Bell Movement.


Patricia C.and Fredrick L. McKissack are the authors of numerous and acclaimed books, including REBELS AGAINST SLAVERY: AMERICAN SLAVE REVOLTS and BLACK HAND, WHITE SAILS: THE STORY OF AFRICAN AMERICAN WHALERS, both CSK Honor Books. They have also collaborated on SOJOURNER TRUTH: AIN’T I A WOMAN?, a CSK Honor Book, winner of an NAACP Image Award, and a Boston Globe/Horn Book Award. For the first time this husband-wife team invites their grown son, John McKissack, a mechanical engineer, to join them as a technical advisor in the creation of this new series.

The elder McKissacks live in St. Louis, MO. John lives in Memphis, TN with his wife, Michelle, and three sons, John, Everett and Peter.
Loading...
or
Not Currently Available for Direct Purchase