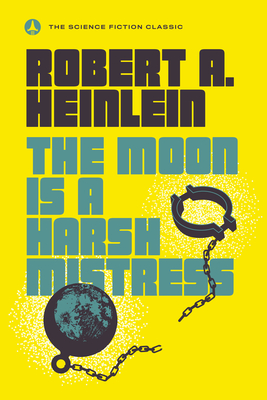 For fans of Artemis—the visionary tour de force from “one of the grand masters of science fiction” (The Wall Street Journal).

Widely acknowledged as one of Robert A. Heinlein's greatest works, The Moon Is a Harsh Mistress rose from the golden age of science fiction to become an undisputed classic—and a touchstone for the philosophy of personal responsibility and political freedom. A revolution on a lunar penal colony—aided by a self-aware supercomputer—provides the framework for a story of a diverse group of men and women grappling with the ever-changing definitions of humanity, technology, and free will—themes that resonate just as strongly today as they did when the novel was first published.

The Moon Is a Harsh Mistress gives readers an extraordinary, thought-provoking glimpse into the mind of Robert A. Heinlein, who, even now, “shows us where the future is” (Tom Clancy).

Praise For The Moon Is a Harsh Mistress…

Praise for The Moon is a Harsh Mistress

“A significant book in the history of the genre.”—Tor.com

“Offers a lot of food for thought and fodder for argument...indisputably rich with ideas.”—io9

“What separates Heinlein’s writing from that of his peers: his ability to show us the inescapable humanity of technologically advanced futures.”—BooksTellYouWhy.com

Praise for Robert A. Heinlein and His Novels

“We proceed down the path marked by his ideas. He shows us where the future is.”—Tom Clancy

“One of the grand masters of science fiction.”—The Wall Street Journal

“This book was destined to become a bestseller, shaping the sensibilities of a generation.”—The Boston Globe

“The word that comes to mind for him is essential. As a writer—eloquent, impassioned, technically innovating—he reshaped science fiction in a way that defined it for every writer who followed him...He was the most significant science fiction writer since H.G. Wells.”—Robert Silverberg

“Heinlein’s genius is at its height in this timeless classic that is meaningful today as when it was written...a fast paced novel that never gets preachy. This is a definite must have, must read book.”—SF Site