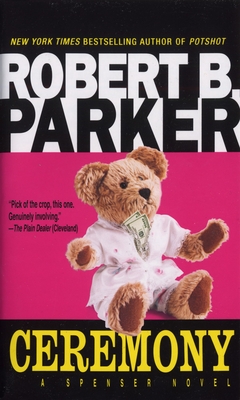 The house looked right. And the neighborhood was perfect. And everything else was wrong. So Spenser took the parents' money and went after a runaway girl. Unfortunately, April Kyle had already traveled two lifetimes from her suburban home. Now she was caught up in a web of pinps, criminals, and exploiters—the kinf of people who won't listen to anything but money, or a gun. . . .

“Pick of the crop, this one. Genuinely involving.”—The Cleveland Plain Dealer

Robert B. Parker was the author of seventy books, including the legendary Spenser detective series, novels featuring Chief Jesse Stone, and the acclaimed Virgil Cole/Everett Hitch westerns, as well as the Sunny Randall novels. Winner of the Mystery Writers of America Grand Master Award and long considered the undisputed dean of American crime fiction, Parker died in January 2010.
Loading...
or support indie stores by buying on
(This book is on backorder)