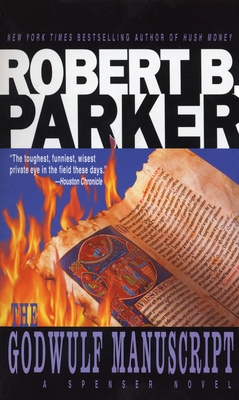 By Robert B. Parker

“The toughest, funniest, wisest, private eye in the field these days.”—Houston Chronicle

Spenser earned his degree in the school of hard knocks, so he is ready when a Boston university hires him to recover a rare, stolen manuscript. He is hardly surpised that his only clue is a radical student with four bullets in his chest.

The cops are ready to throw the book at the pretty blond coed whose prints are all over the murder weapon but Spenser knows there are no easy answers. He tackles some very heavy homework and knows that if he doesn't finish his assignment soon, he could end up marked “D”—for dead.

Robert B. Parker was the author of seventy books, including the legendary Spenser detective series, novels featuring Chief Jesse Stone, and the acclaimed Virgil Cole/Everett Hitch westerns, as well as the Sunny Randall novels. Winner of the Mystery Writers of America Grand Master Award and long considered the undisputed dean of American crime fiction, Parker died in January 2010.
or support indie stores by buying on
Copyright © 2020 American Booksellers Association