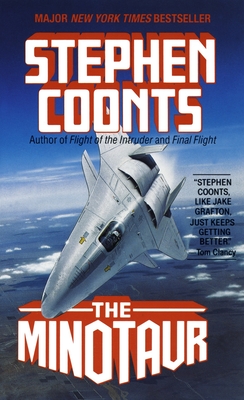 “Move over Clancy! [Stephen] Coonts' power is his use of real and immediate crisis, and human failings, topics crying for discussion and worthy of high drama.”—John Lehman, former Secretary of the Navy

After flying A-6 Intruders in Vietnam and commanding an air wing in the Mediterranean, Jake Grafton is grounded. He draws assignment to the Pentagon where he takes on development of the navy's new top-secret stealth attack plane—the A-12.

At every turn, Jake encounters political and technical problems. Before long he learns of Minotaur, a mole hidden in the Pentagon who is funneling American defense secrets to the Russians. Who can he be? Jake sets out to find him.

As a naval aviator, Stephen Coonts flew combat missions during the Vietnam War. A former attorney and the author of many New York Times bestselling novels, he resides with his wife in Colorado.
Loading...
or
Not Currently Available for Direct Purchase