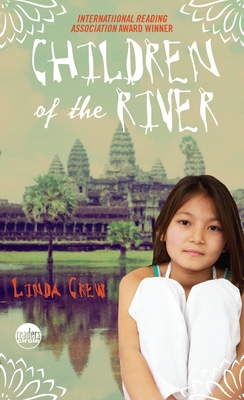 Children of the River

Sundara fled Cambodia with her aunt's family to escape the Khmer Rouge army when she was thirteen, leaving behind her parents, her brother and sister, and the boy she had loved since she was a child.

Now, four years later, she struggles to fit in at her Oregon high school and to be "a good Cambodian girl" at home. A good Cambodian girl never dates; she waits for her family to arrange her marriage to a Cambodian boy. Yet Sundara and Jonathan, an extraordinary American boy, are powerfully drawn to each other. Haunted by grief for her lost family and for the life left behind, Sundara longs to be with him. At the same time she wonders, Are her hopes for happiness and new life in America disloyal to her past and her people?

Praise For Children of the River…

* "Crew salutes the basic goodness of humankind which triumphs in some way even under the most inhumane circumstances."-- Starred, School Library Journal

"A moving look at the way in which a survivor of a great tragedy, having confronted overwhelming changes in her life, faces young adulthood." -- Publishers Weekly

"The approach I take with my writing is to have my work reflect real life, and yet be shaped into the best story possible. I feel that a powerful piece of fiction can often convey an emotional truth more compellingly than a strictly factual version."--Linda Crew

Linda Crew is a recipient of the IRA Children's Book Award and the Golden Kite Award, and her books have been named ALA Notables as well as ALA Best Books.

Linda Crew didn't always have to be a writer. In fact, while attending junior high school in the early sixties, this award-winning author wanted to be a folksinger. By high school, when it bad become apparent to her that she really couldn't sing, she decided to become an actress. Then, at the University of Oregon, her theatrical ambitions evaporated. At her mother's suggestion, Crew switched her major to journalism--and loved it.

Crew's training was in journalism--interviewing, researching, and marketing--and she was encouraged to present the facts accurately and without fuss. But her assigmnents always ended up full of dialogue and she "had this compelling urge to make a story just a little better than the way it happened." Thus, her talent for writing fiction was born.

After college, Linda Crew married her husband Herb and settled on a farm in her home state of Oregon, where the couple still resides today with their three children. Crew leads a full, busy life and admits, "It's difficult sometimes to carve out the time for writing with so many other demands, but it's important for me to do some living. After all, what could a person possibly write about if she spent all day closeted in front of her computer?"


. . . hobbies? I like theater. I enjoy working with dried flowers, also sewing, especially creative things like doll clothes and costumes. I am notorious in my house for going overboard on costumes!

. . . books? good children's books
Loading...
or support indie stores by buying on
(This book is on backorder)