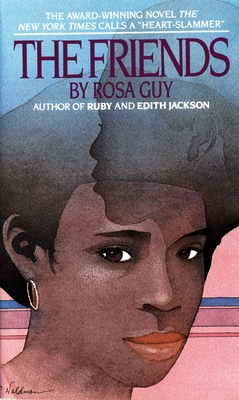 A powerful, award-winning novel about friendship.

Phyllisia Cathy—She is fourteen. Her problems seem overwhelming: New York, after life on her sunlit West Indies island, is cold, cruel and filthy. She is insulted daily and is beaten up by classmates. What Phyllisia needs, God not being interested, is a friend.

Edith Jackson—She is fifteen. Her clothes are unpressed, her stockings bagging with big holes. Her knowledge of school is zero. She has no parents, she swears and she steals. But she is kind and offers her friendship and protection to Phyllisia. “And so begins the struggle that is the heart of this very important book: the fight to gain perception of one’s own real character; the grim struggle for self-knowledge.”—Alice Walker, The New York Times

Rosa Guy was born in Trinidad in 1922. After a troubled childhood and being forced to support her siblings at the age of 14, Ms. Guy pursued acting at the American Negro Theater in Harlem. She helped found the Harlem Writers Guild in 1950. Rosa Guy went on to become one of the most acclaimed young adult authors of the 20th century. She was known for writing very candidly about subjects that few others dared to broach in young adult fiction, including tensions between American blacks and Afro-Caribbean immigrants, and gay romance. Guy passed away in 2012.
Loading...
or support indie stores by buying on
(This book is on backorder)