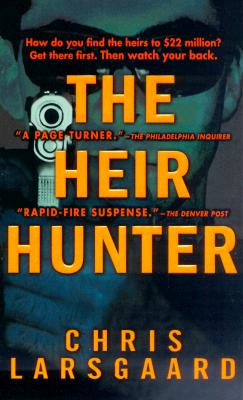 He's got less than a week to find the heirs to a $22 million estate.

Now everyone he sees is trying to kill him.

Welcome to the world of Nick Merchant, heir hunter.

Nick Merchant is in the business of finding heirs. As payment, the San Francisco-based private investigator gets a percentage of the estate. So when Gerald Jacobs is found dead in a creaky old house in upstate New York, Nick thinks he's about to score the payday of a lifetime.

Unfortunately, he's got some pretty stiff competition. Working with his partner -- and former girlfriend -- Alex Moreno, Nick races against the clock, narrowly eluding his rivals, dodging bullets, and unearthing a history a lot of people would rather keep buried.

Moving from San Francisco to New York, from Switzerland to Washington, D.C. -- and dozens of points in between -- they struggle to uncover the guilty secret behind a rich man's fortune. But as Nick and Alex close in on the truth, they are about to find out just how deadly this game can get....

Praise For The Heir Hunter: A Novel…

"A page-turner."
-- The Philadelphia Inquirer

"Original and cool .. .a masterly bit of suspense writing."
-- The Denver Post

Chris Larsgaard, a real-life heir hunter with more than a decade of experience on the job, lives in San Francisco. The Heir Hunter is his first novel.
Loading...
or
Not Currently Available for Direct Purchase