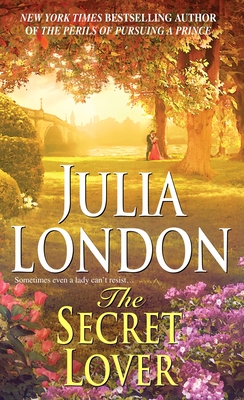 Julia London captivated readers and critics alike with her acclaimed Rogues of Regent Street trilogy. Now the nationally bestselling author Romantic Times calls “a rising star” returns with the passionate story of a man and a woman pursued by secrets, shadowed by scandal, and surprised by love…

Eight years after fleeing England in the wake of a terrible scandal, Sophie Dane is no longer the trusting debutante betrayed by love. Now as companion to a worldly French widow, she returns to London where her arrival instantly sets tongues wagging…and attracts the roving eye of aristocratic Trevor Hamilton. But it is his mysterious brother, Caleb, in whom Sophie senses a kindred soul—and who captivates her as no other man has before. Reared on the continent, Caleb has come home to his ailing father—only to be shunned by society as a fortune-hunting imposter. Sophie, alone, seems to believe in him. But an unexpected series of events sets them both in flight once more. As scandal pursues them to a remote ancestral estate, a man and a woman haunted by the past will defy every convention on earth for a future in each other’s arms…

Praise For The Secret Lover (Rogues of Regent Street #4)…

“London’s fast-paced narrative is peopled with colorful characters…Sophie’s growth into a strong, admirable heroine is inspirational and not without its fair share of thrills.” …Publishers Weekly

“Sophie is remarkably engaging.  Bedeviled by her own insecurities and confused about what she wants out of life, she comes across as a real person.  And when London pairs her up with a hero who knows a thing or two about being ostracized, then mixes in appealingly eccentric secondary characters, a bit of danger and suspense, and some nice touches of humor, the result is one delightfully imaginative romance.”—Booklist

“Within the confines of a passionate romance, Ms. London infuses mainstream themes such as parental abuse, familial ties, friendship, and the power of love.  She does this with skill and compassion, winning this reader’s respect and admiration.”—Romantic Times

Julia London was raised on a ranch in West Texas, where she spent her formative years in the middle of vast wheat fields driving a tractor at the reckless speed of five mph. In spite of her humble beginnings, Julia went on to earn a degree in government and eventually landed in Washington, D.C. There for nine years, Julia had her brush with greatness when one day she actually shared an elevator with a senator from Iowa. She eventually returned to Texas and now lives in Austin with two enormous Labrador retrievers. Wicked Angel is Julia's second book and a sequel to her first, The Devil's Love. Julia is currently working on her next book for Dell.
Loading...
or
Not Currently Available for Direct Purchase