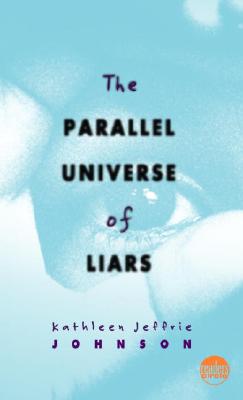 The Parallel Universe of Liars

Robin’s neighbor Frankie is like walking sex. He’s 23, hot, charming, and used to getting what he wants. When Janice, Robin’s stepmom, first meets Frankie, they lock eyes with an almost audible sizzle. Not long after, Robin discovers they’re having an affair. She is shocked, angry, curious, even jealous—but not really surprised. It’s just one more hurtful secret to be kept in this parallel universe of liars.

Surrounded by superficiality, infidelity, and lies, Robin, 15 and a self-described “chunk,” has a secret of her own—she can’t stay away from Frankie, either. But when a new guy ambles into her life, Robin must find a way to escape her own tangle of deception to capture something real.


Praise For The Parallel Universe of Liars…

“In her debut, Johnson not only creates a refreshingly ordinary narrator living among realisitcally flawed family and friends, she also frankly and even humorously deals with the sensitive topics of sex and race.”—Publishers Weekly, Starred