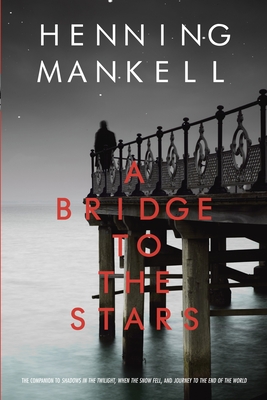 A Bridge to the Stars (Joel Gustafsson Series)

This poignant novel explores how a unilateral decision can change a life.

While looking out his window one night, Joel sees a lonely dog on the street. Joel spots the animal again and begins sneaking out night after night, trying to find it. During these nocturnal outings, Joel discovers aspects of life he has never imagined. And then one night he discovers that his father’s bed, too, is empty.

As Joel investigates his father’s mysterious absences and continues to search for the dog, he discovers his own inner strength and learns about adult disappointments and needs.

Praise For A Bridge to the Stars (Joel Gustafsson Series)…

Henning Mankell is the prizewinning and internationally acclaimed author of novels for both adults and young people. His adult novels dominate bestseller lists across Europe. Born in a village in northern Sweden, Mankell divides his time between Sweden and Africa, where he works with AIDS-related charities. He is also director of Teatro Avenida in Maputo, Mozambique. Mankell's companion novels about Joel and his father are Shadows in the Twilight, When the Snow Fell, and Journey to the End of the World.
Loading...
or support indie stores by buying on