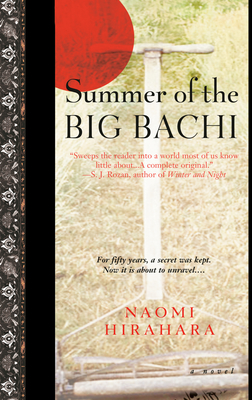 “A novel about social change wrapped inside a mystery, Summer of the Big Bachi toggles deftly between past and present and reveals the hopes and compromises that lurk on the fringes of the American Dream.”—Denise Hamilton, Edgar award nominated author of Last Lullaby

Naomi Hirahara is a freelance writer and journalist who served for several years as an editor of The Rafu Shimpo, the largest Japanese American daily newspaper. She is the author of two previous Mas Arai mysteries, Gasa-Gasa Girl and Summer of the Big Bachi, named one of "The Ten Best Mysteries and Thrillers of 2004" by the Chicago Tribune and a Publishers Weekly "Best Books of 2004" pick.
Loading...
or
Not Currently Available for Direct Purchase