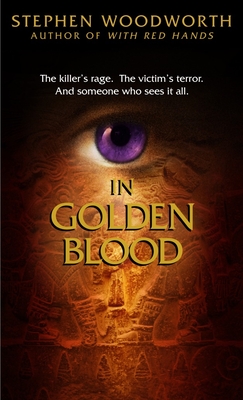 Natalie Lindstrom has a gift: the power to speak to the dead, to solve crimes by interviewing murder victims. But now Natalie wants to escape. Escape from the voices that fill her head. Escape from the organization that has used her as a crime-solving tool…and now wants to recruit her daughter. So Natalie takes a job as far from crime and punishment as she can get: with an archaeologist in the mountains of Peru. Her job: to find a trove of priceless artifacts–by channeling those who lived and died at an ancient Incan site.

But in the towering Andes, Natalie enters a 500-year-old storm of betrayal, murder, greed, and rage–and she cannot silence the voices of the dead. The slaughtered reach out to her. The slaughterers boast of their crimes. Alone, cut off from her family, Natalie faces a chilling realization: every truth she uncovers is leading her one step closer to a terror beyond imagining.

A First Place winner in the Writers of the Future Contest, Stephen Woodworth has published speculative fiction for more than a decade. His work has appeared in such venues as The Magazine of Fantasy & Science Fiction, Weird Tales, Aboriginal Science Fiction, Gothic.Net, and Strange Horizons. A native Californian, he is currently writing more novels in the Violet universe.
Loading...
or
Not Currently Available for Direct Purchase