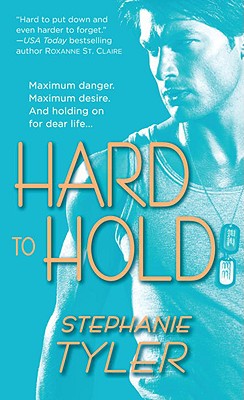 THE SPECIAL OPS HERO FEARED NOTHING—
UNTIL HE MET A WOMAN TOO HOT TO HOLD.…

Lieutenant Jake Hansen has survived some of the riskiest missions known to man. But now the wounded Navy SEAL faces his toughest job yet: smuggling Dr. Isabelle Markham out of Africa without triggering an international incident. Not easy to do when the gorgeous hostage happens to be a senator’s daughter—and about as easy to resist as an oasis in the desert.

If it weren’t for Jake, Isabelle would still be halfway across the world, where rebel forces left her for dead. The special ops warrior may have saved her life, but she doesn’t need him to protect her now. Tell that to the ruggedly handsome hunk in full battle fatigues who’s just been assigned as Isabelle’s personal bodyguard. Close quarters aside, Isabelle won’t let Jake anywhere near her heart—until danger throws them together again. And nothing in the jungles of wildest Africa could prepare them for a passion this wild. This crazy. This hot…

Praise For Hard to Hold: A Novel (Hold Trilogy #1)…

“Hard to put down and even harder to forget.” —Roxanne St. Claire