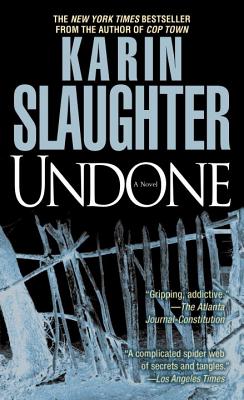 In this suspense masterpiece, Karin Slaughter weaves together the powerful human stories of three unforgettable characters from her New York Times bestselling novels Faithless and Fractured, who collide here for the first time in an electrifying race against unspeakable human evil.
When a tortured young woman enters the trauma center of an Atlanta hospital, Dr. Sara Linton is thrust into a desperate police investigation with Special Agent Will Trent and his partner, Faith Mitchell. Though guarding their own wounds and their own secrets, Sara, Will, and Faith find that they are all that stand between a madman and his next victim.

Karin Slaughter is the New York Times and #1 internationally bestselling author of numerous thrillers, including Cop Town, Unseen, Criminal, Fallen, Broken, Undone, Fractured, Beyond Reach, Triptych, Faithless, and the e-original short stories "Snatched" and "Busted." She is a native of Georgia. From the Hardcover edition.