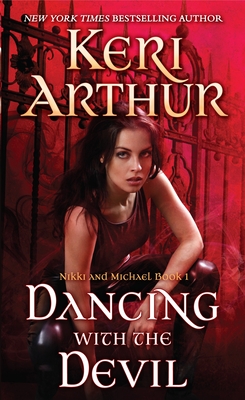 Dancing With the Devil

Private Investigator Nikki James grew up on the tough streets of Lyndhurst and believes there’s nothing left to surprise her. But all that changes the night she follows a rich man’s daughter into the shadows and finds herself caught in a war between two very different men. One is a madman, intent on destruction. The other has his own heart of darkness.

For three hundred years, Michael Kelly has existed in life’s shadows, gradually learning to control his vampire cravings. He is convinced that no one can breach his formidable barriers—until he meets Nikki. With her powerful psychic abilities, Nikki swiftly invades both his mind and his heart. Nikki knows how dangerous love can be . . . but if she wants to survive, she must place her trust in this man who could easily destroy her. For only together can they overcome the evil threatening to destroy them both.

Includes an excerpt of the next novel in Keri Arthur’s Nikki and Michael series, Hearts in Darkness