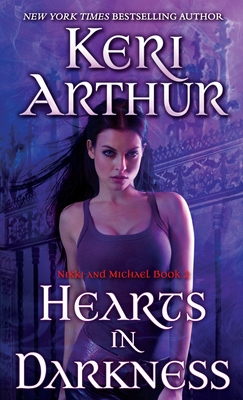 PASSION WITH A BITE

Private Investigator Nikki James has a lot to contend with. Her lover, Michael Kelly, walked out without so much as a goodbye, and what seemed like a simple case of stopping a runaway teen brought her face-to-face with another clutch of deadly vampires. But if that seemed bad, it is about to get a lot worse, because when Michael returns, it is not for her, but for the case.

Wealthy men are starting to vanish from a resort in Jackson Hole—which is exactly where Nikki’s runaway teen seems to be as well. Something nefarious is going on at the luxury spa, but what? The last thing Michael needs is a confrontation with Nikki—especially when his control over his bloodlust is still so tenuous. But posing as a newlywed couple at the swanky resort may be the best way for both of them to solve their respective cases. This time, Nikki is determined to make Michael see that life apart is worse than death. Yet before she can make him see the light, a specter from Michael’s past rises that could destroy any hope she has of a future with him. Because this time the threat isn’t physical. It’s a matter of the heart.

Includes an excerpt of the next novel in Keri Arthur’s Nikki and Michael series, Chasing the Shadows